How To Be Kind To Someone With An Addiction Without Enabling 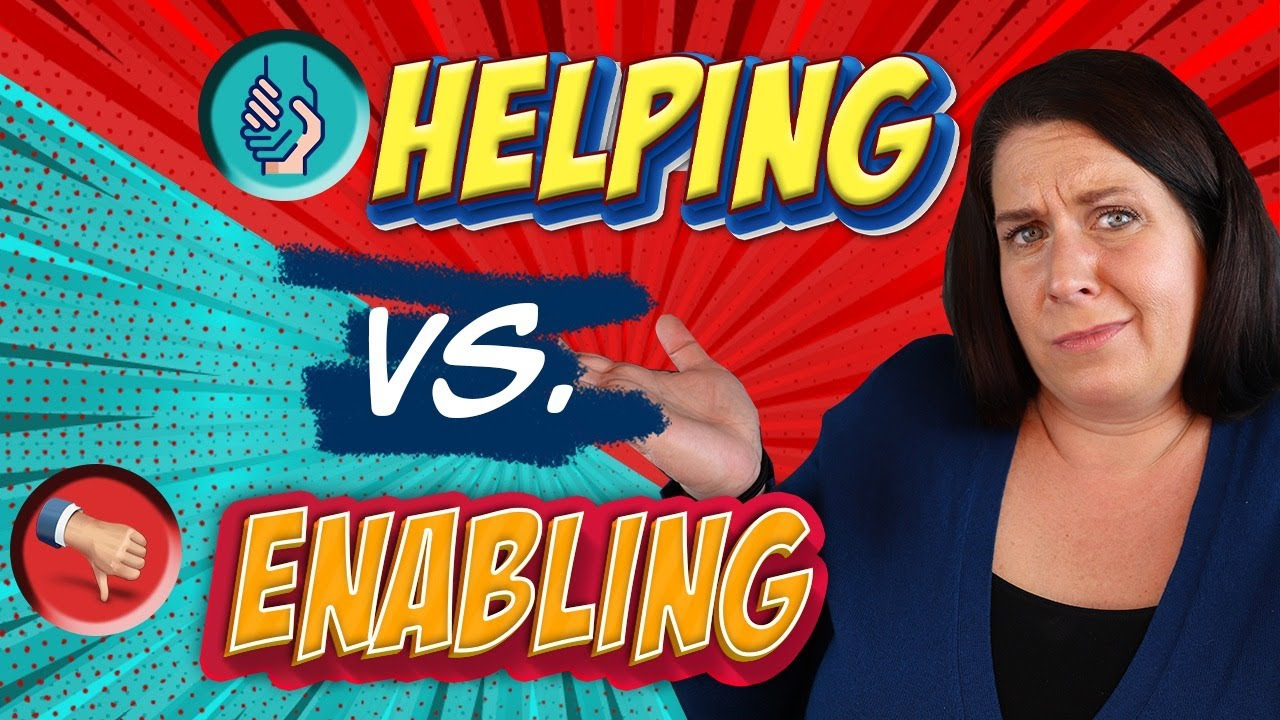 Where is the line between helping, supporting, enabling, and having empathy for someone struggling with an addiction? We're going to shed a little light on this for you so you can figure out what's helping and what's enabling.

I'm going to give you five reasons why being kind to someone, showing empathy, and even giving positive reinforcement can them figure out that they have an addiction problem way faster than when you try to do it more directly.

We get so frustrated and impatient dealing with someone who has an addiction because it's so clearly right there and it's just mind-blowing because the person with the addiction, can't see it.  The more you push and try to get them to see the issue faster, the longer it takes them to get out of denial. When you come at someone directly like that, they immediately put their walls up and they get defensive. They'll no longer hear, listen, or even consider what you're saying. It's almost like a reflex even if they don't mean to they're going to be defensive.

This approach can be very problematic because when we do that we're slowing down
what could happen more naturally.

I've noticed over the past couple of years, that when I have clients who live alone that seek help, they'll call us and say, "I have a problem" and they get it on a much deeper level than the people who live with their family do. I think the reason why that is is that when you have a family you get so tangled up in trying to defend yourself trying to prove them wrong and then it becomes this power struggle. Before you know it, it's years and years of power struggling which is just getting in the way of the natural process of figuring out that you have a problem and then figuring out what you need to do about it.

Do you see how responding in kindness to someone or being pleasant with someone makes them see their truth faster? It's kind of like if you're in a big fight or argument with someone and you finally just say, okay that's it and you apologize. What do they do next? They're usually like, "I shouldn't say that either, and I was kind of in the wrong too and it was kind of my fault." it's like they put their weapons down too so that's the way I want you to think about it. Once you think about like okay we're putting our weapons down and you're probably gonna have to put your weapons down first as a family member to get your addicted loved one to put their weapons down because they're running out of fear, shame, and guilt. They don't feel good physically so they
got a lot of things going on and they feel very backed into a corner all the time and it's really hard to get them to put their weapons down.

Let's talk about this on a psychological level and even on a biological level why responding to someone with empathy and kindness works. If you think about, it most people that have an addicted loved one stay on their case trying to get them to go to a counselor. When they finally go, the counselor responds with kindness and empathy. When this happens, it actually cools down the emotional part of their brain which on a physiological level allows the thinking front part of the brain to activate. The addicted person starts to think through what is going on and to be able to learn from their mistakes, make better decisions, and have good judgment. That part of your brain is where your judgment comes from. That's where your ability to weigh pros and cons and learn from your mistakes. When someone feels under attack, their emotional center of the brain volume is turned up so high, causing the thinking volume to be turned down.

The second reason why responding with kindness and empathy is so much more effective is because they don't get bogged down and distracted by being mad at you. After all, not only during the conversation are they feeling defensive in their head, but for weeks after the conversation. They tend to get preoccupied and focused on their resentment towards you.

The third reason why responding with kindness and empathy is one hundred times more effective is because when you do that you help someone feel much safer around you in general and when people feel safer around you, they're a lot more likely to be vulnerable. I saw this a few times in our office this week. Most of you know that we work with whole families and typically we give the person with the addiction their own coach/counselor consultant and we give the family member their own counselor. We like to call it lawyering, but occasionally all four of us,  two counselors, and the two addicted people will meet in the same room to sort of hash something out or talk
through something. When I've been talking with that person one-on-one, they may not be telling me "Oh my gosh, I'm like a full-blown addict now. I have to go to treatment". They're usually telling me stuff like you know what, "I shouldn't have said that and I have been drinking too much I need to cut it back." so they're giving me a lot of "change talk" they're being vulnerable opening up and they're letting me know that they do see it at least on some level.

The other reason why empathy and kindness work is because when someone feels like they have a lot of support and they have that safety net, they're a lot more likely to take big courageous difficult steps. It's like when you know someone's got your back when you know someone is there for you and you've got people in your corner. You're
a lot more likely to go out and try new things and try harder to overcome the problem
because you feel stronger when you know you have that support system around you.
when you feel like you're the only one out there and you're backed into a
corner and you're lonely, defensive, or angry you're going to cling on to whatever
safety that you have. Usually when you're dealing with an addiction that safety comes from the addiction. When people feel supported, they're likely to be able to go out and explore and not use things or people as a safety net. I don't just mean with addictions I
mean in life in general. It's like kids that feel like they have parents at home that are supportive and they have their back and they have a solid home base are more likely to go out into the world and try new things, travel, and explore. Because they know no matter what I have my home base.  You can be that emotional support home base for your loved one. You'll see the better qualities in people when they feel safe and they feel like they have that.

Lastly, this one's for you as a family member. The reason why responding in kindness and empathy is so much better is because when you engage in all those other behaviors like nagging, complaining, and threatening, you're enabling. I feel like that kind of behavior is more enabling than giving them money. I know everyone thinks that giving people money is the ultimate enabler. I guess it is kind of enabling, but you give someone 20 dollars, and that 20 dollars are gone in five minutes.  If you yell at someone and treat them crappy they'll use that emotional fuel and leverage to justify their bad behavior for the next six months. It's almost like you're giving them the emotional currency that they need to continue to use. When you
enable by way of being the bad guy, you give them what they need to make that
the next bad choice which I'm telling you is more problematic than the money.

When you're responding with kindness and empathy for yourself --this is one for you,
you like yourself better. You know deep down in your heart that's the kind of
person you want to be. You can feel like no matter what they did that day, you've made the right decision and you can feel proud that you've kept your side
of the street clean.