Gabor Mate's Warning About Codependency Will Shock You! 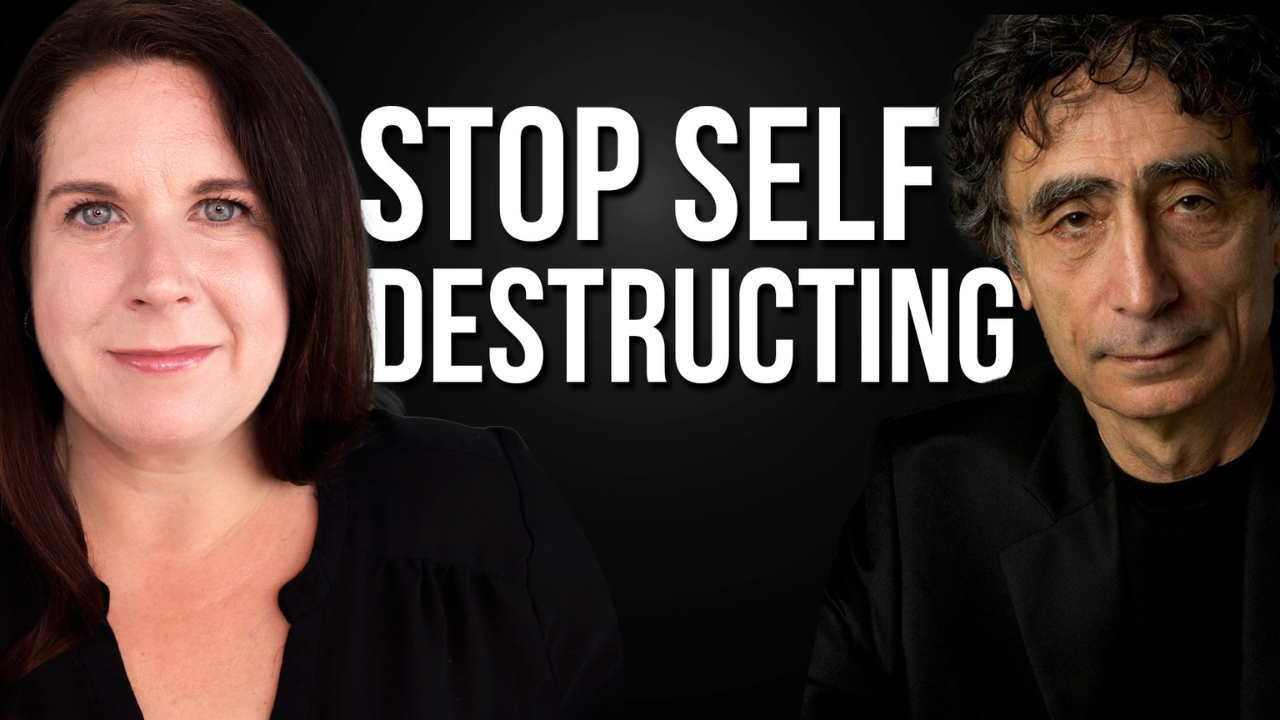 If you don't know how to say no, your body will do it for you, and it'll do it in the form of chronic illness. This comes straight from the mouth of Dr. Gabor Mate, one of the most well-respected physicians and researchers in the realm of addiction, trauma, and even ADHD.
I've followed his work for a very long time now, I've read his books, watched tons of his videos, and even attended a conference where he was a key speaker.

Recently, while I was watching one of his videos, he said something that struck me completely differently.
To be honest, it's not much different from the topics he usually speaks on. But you know how sometimes a light bulb goes off or you hear something different? That's what happened to me in this case, and maybe it was because the topic was framed differently from what Dr. Gabor Mate normally talks about.
He normally talks about the person with trauma, addiction, and ADHD, but in this circumstance, he was talking about what happens to people who are in the care of others. He wasn't talking specifically about what happens to people who care for people with addictions.
He was talking about it in a more general way, taking care of a family member who has an illness, working in the medical profession, or even being a parent.

I started connecting the dots on what's happening to the loved ones of people struggling with an addiction.

Listening to this started making me feel guilty. It struck a nerve with something that I internally struggle with often, but it hit the button on this particular day. I always have this constant ongoing back-and-forth dilemma and dynamic inside of me about the advice I give on these videos because I'm constantly telling you as a family member how to help your addicted loved one. A lot of that advice involves suppressing your feelings and urges and dealing with a very stressful situation.

I absolutely stand by what I teach you and what will help your addicted loved one, but I also have this other naggy part of me inside that feels super mixed up because I'm aware of the toll it takes on you as a person.

When I was listening to this particular talk of Dr. Gabor Mate, it just hit that home even further in this talk. He gave a lot of examples but also cited some research. These numbers freaked me out.

For example, one of the studies he cited talked about women who were going in for a mammogram and had a lump they were going to biopsy to figure out whether it was cancerous or benign. As they go through this process, they have them do these psychological evaluations, and the results were pretty interesting. The results said that if the women had a significantly stressful event happen just before the lump showed up, it didn't necessarily change the statistical outcome of whether or not it was cancer.

Another thing it showed was if women identified as feeling very lonely and isolated, that also didn't have a huge statistical difference on whether or not their lump was cancerous. But if the woman had a significantly stressful event and was isolated, their chances of having breast cancer were NINE TIMES more than the others.

So that brings up the question:

What is the connection between the two? You have a stressful event changing your psychology, body physiology, immune system, and hormones. But if you have a close support system, who's there for you and cares about you, it offsets some of that physiological and psychological trauma. If you do not have a support system, the psychological and even the biological trauma will stay put. According to Gabor Mate, it will manifest into chronic illness.

Another surprising statistic he gave was when he talked about how kids with really stressed parents are five times more likely to have asthma.
You might be thinking, well, what's the connection there? Not only kids, but all people, feel the stress of the people around us. Several studies have shown that. If the parent(s) are very stressed, the kid takes on that stress sometimes subconsciously. And because they're taking all that stress on, it messes with their stress response system.
The connection he made was when he talked about the medication you give people with asthma mimics activating the stress response system. What he's saying is with kids and the stress of their parents, their stress systems are so chronically fatigued that they have to administer medicines to induce the stress response they need for their bodies to function.

Just those two statistics alone were pretty shocking to me. But this last one blew my mind.

He was talking about ALS in the United States, it's called Lou Garrick's Disease, and this is a severe, debilitating illness that usually ends up in death within a few years of being diagnosed. 100% of people diagnosed with this illness have this particular personality type and characteristics. The most common is a Perfectionist.

They're all uber-responsible and almost always refuse to ask for help. He gave some different case studies to support that but even talked about Lou Garrick, the baseball player. Lou Garrick had these crazy records he set. One of those baseball records, which stood for 60-80 years, was never missing a baseball game.
One of the things he said about this was that Lou Garrick had x-rays of his hands, which showed that he had had 17 different fractures in his hands and arms over the years but kept playing anyway. He just suppressed and suppressed and ultimately manifested into a terminal illness.

There is a 100% connection between our mind, body, and environment. A lot of that is why my advice to you works to help your addicted loved one because if you change yourself, you change them. You can't help but respond to your environment. It happens automatically, but I need to stress this to you.

There is a price to pay for this.

#1 do not allow yourself to be abused in any way.

I 100% stand by the methods I teach because they work. But I never want you to continue to use them to the detriment of your physical and psychological health. If you are being abused, that's one boundary you absolutely must keep.

I often see comments on my videos that say, "when my loved one gets messed up, they do this and this terrible terrorizing, mean, abusive thing."

This whole thing about helping an addicted loved one is this constant ebb and flow between taking care of yourself and doing what's right for them. None of us, including me, do it perfectly. Sometimes it's hard to figure out where that line is, but if you're being abused, that line is clear. Do not tolerate that.

#2 I strongly encourage you to get some support for yourself.

#3 This is something I don't talk about much in my videos, but I would tell you I would not stay in this caretaking role of trying to get them to change forever.

I suggest you give it a sufficient amount of time. It doesn't change overnight, and there's a lot of back and forth, and you're going to have to give it some time if you want your addicted loved one to change. But that doesn't mean subject yourself to this forever.
If you're practicing the techniques I'm telling you, and you're doing a pretty good job, and your loved one hasn't made a change in a year, it might be time to reevaluate. Keep in mind, If it's not positively affecting them and not positively affecting you, it's time for a change.

I also want to tell you about our free Facebook group for family members. The group is pretty active and you're going to get a lot of support and advice, and not only that, but it will come from people with the same philosophy and mindset, which I think is super helpful.

If you want to focus on your skills and taking care of yourself, you can look at our membership program, which goes in-depth on how to take care of yourself, practice good, healthy skills, and get yourself back on track.

See what's inside the membership 👉🏻

Watch the video to get a sneak peek preview of exactly what's inside our new membership program.